The truck driver, Martin, is on the verge of being fired. On the delivery that is supposed to be his last chance to prove himself, a prostitute named Ramona asks him to take her with him. What he doesn’t know is that she is on the run from her pimp, who is closer on their trail than they realize.

Transit tells the story of two people forced to stand up for themselves everyday in the highway world. What for others means mobility has become for them a prison. Just as Martin is chained to his semi-truck, Ramona is bound to her mobile home. With each other’s help, might they find a way out of this wasteland? 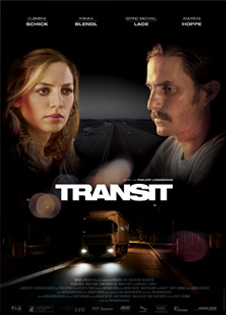