Thomas Müller’s wonderfully regimented and utterly average life (career, wife, son, house) is thrown completely out of joint when he discovers that he is the unwitting subject of research for a polling institute, which has been secretly investigating and eavesdropping on him. Because he is the most average of average Germans, his company cell phone was tapped, his house bugged, his glasses fitted with cameras. Product ideas he tests at work appear in short order on supermarket shelves. His political interests become the topic of election campaigns for the upcoming state parliamentary elections. In the face of sizeable resistance, he tries to escape this manipulation and achieve his freedom. 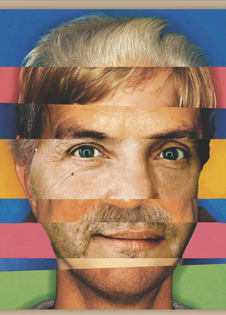